“I Had to Think How to Distill the Spirit of the Book, and Not Try in Any Way to Replicate It”: Rachel Dretzin on Far From the Tree

As someone who is not a parent, never wanted to be a parent, and still says a silent prayer of “thank heaven that’s not me” every time I walk by a mom or dad struggling with a stroller, Rachel Dretzin’s Far From the Tree — based on Andrew Solomon’s NY Times bestseller Far From the Tree: Parents, Children and the Search for Identity — at first glance seemed far from making my must-watch-docs list. Which is precisely how I know it’s as good as it is. When I finally got around to catching it on screener recently, Dretzin’s film — which premiered at last year’s DOC NYC and was the opening night picture at this year’s Montclair Film Festival — not only had me riveted for its entire 90-some-minute running time but for days afterward. Forget parents and children for the moment. Far From the Tree is nothing less than a startling, powerful portrait of what it means to be human – in all our endlessly diverse ways.

The doc itself focuses on several families in which a child is “far from the tree” – be it due to Down syndrome, autism, dwarfism, or having committed an inexplicable crime. Contrary to preconceived notions, not only are these parents and their offspring thriving, not just surviving, but as Solomon himself (also a character in the film, as his book was inspired by his own personal experience of being an only gay child) puts it, in his decade of reporting he’d not once met a parent who said, “I’d like to turn my child in for a better model.” Indeed, as the film expertly shows, a challenging child is often full of more life-affirming revelations than any so-called “normal” one.

Filmmaker was fortunate enough to chat with the Emmy Award-winning documentarian prior to the film’s theatrical release today at IFC Center. 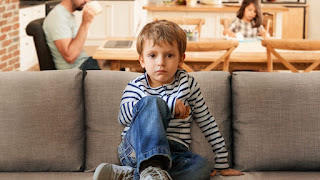 To read my interview visit Filmmaker magazine.
Posted by Lauren Wissot at 2:23 PM No comments:

Doc Stars of the Month: Leah Smith and Joe Stramondo, Rachel Dretzin's 'Far From the Tree'

Leah Smith defiantly refuses to believe she needs to be "fixed." A media and entertainment advocate for the Center for Disability Rights, who holds degrees in both public relations and political science (as well as a master’s in public administration), Smith is one of several preconceived notion-upending characters in Emmy Award-winning documentarian Rachel Dretzin’s Far From the Tree. An adaptation of Andrew Solomon’s widely lauded 2012 bestseller Far From the Tree: Parents, Children, and the Search for Identity, the film is a lovingly rendered deep dive into the lives of families with challenging children quite dissimilar from themselves. It's also a radical manifesto of sorts, a visual plea to society to stop pathologizing those who fall outside our arbitrarily decided norms.

Certainly, Smith, together with husband Joe Stramondo (an assistant professor of philosophy at San Diego State and a longtime activist with a variety of disability rights organizations), are the film's most academic couple—and the most fun-loving and deeply satisfied duo I've seen onscreen all year. Unfortunately, however, Leah and Joe—both dwarfs who absolutely do not "suffer" from dwarfism—also happen to be delightfully unconventional individuals whose very identity might be "cured" out of existence in a not-too-distant day.

Needless to say, it was an honor to have both these role models provide their words of wisdom to Documentary prior to the film’s July 20th theatrical release, through IFC Films and Sundance Selects. 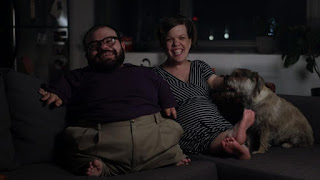 Posted by Lauren Wissot at 6:31 PM No comments:

"The Main Way to Force Strategic Failures and Fix Broken Elections is to Pay Attention”: Kimberly Reed on Dark Money

With the sudden renewed focus on the Supreme Court this summer the theatrical premiere (July 13th at NYC’s IFC Center, July 27th at the Landmark Nuart in LA) of Kimberly Reed’s Dark Money couldn’t have come at a more apropos time. The momentous Citizens United decision of 2010 had a political game-changing impact across the U.S., nowhere more so than in Reed’s home state of Montana, a land with a long and sordid history of outside money influence — most notably from the copper barons, who once swept in to essentially buy the city of Butte. As a result, however, perhaps no state in the country is also better prepared to smell a corporate rat during election season — and to know how to fight back against an invisible billionaire invasion that affects us all.

Filmmaker spoke with the deep-diving director — a “25 New Faces of Independent Film” alum — about her twisting, six-year trip following the Big Sky folks who follow the dark money. 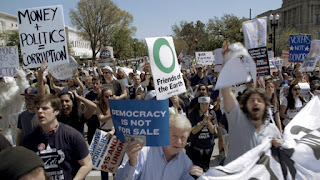 Posted by Lauren Wissot at 9:22 AM No comments:

Whose Pride?: Expanding Diversity in “Far From the Tree”

The premise behind Emmy Award-winning Rachel Dretzin’s Far From the Tree is both simple and profound. Based on the 2012 bestselling book Far From the Tree: Parents, Children, and the Search for Identity by Andrew Solomon (who’s also a producer on the doc and one of the main characters), the film challenges its audience to reexamine some fundamental assumptions about human traits which society deems “defects.” Instead offering the radical notion of celebrating those “flaws” rather than attempting to “fix” them.

Case in point is Solomon’s own experience as that of a closeted gay man during a time when homosexuality was still classified as a psychological problem. He observed that which was once considered the “illness of homosexuality” slowly morph over the years into what we now recognize as the “identity of gayness.” As a now happily married man with a husband and several kids, he began to wonder what other types of folks out there didn’t need to be “cured”? Which in turn led him on a ten-year-long odyssey into the lives of families with challenging children, born “far from the tree” with autism, Down syndrome, dwarfism, and many more renegade identities. 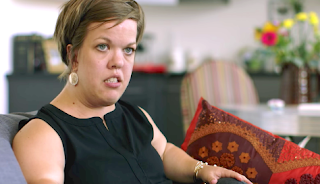 Posted by Lauren Wissot at 10:10 AM No comments: