“The Interrupters” opens with credits over black and a news anchor's voiceover from 2009 announcing that, in Chicago, "One hundred twenty-four people have been killed so far this year—one per day—about the number of Americans killed during the same period in Iraq and Afghanistan." So when the people living on these mean streets constantly refer to their neighborhood as a war zone, it's without an ounce of hyperbole. And this incredibly apt analogy also extends to the documentary's director, Steve James, who is credited alongside author Alex Kotlowitz, who penned “The New York Times Magazine” article that inspired the film. Nothing less than a patient war journalist with amazing access, James is a presence so unobtrusive that his subjects seem to forget his camera is even there.

To read the rest of my review visit Slant Magazine.
Posted by Lauren Wissot at 8:45 AM No comments:

A NYC schoolteacher now working in Amsterdam, an Australian-born Parisian hotel bartender residing in Edinburgh (who the schoolteacher met at her hotel the night before), and a vibrant chaplain semi-retired from conducting “Trainspotting Tours,” walk into a bar. But this isn’t a setup for a Sick Boy joke – nor is it just any bar. The three met up in a dank corner of the very same pub near Princes Street that was used in the opening scene of Boyle’s cult flick. (And the schoolteacher is my sister – who found plenty of local color off-screen while I was busy covering the Edinburgh International Film Festival for “Filmmaker” magazine.) Setting the scene in his thick Scottish brogue, guide Tim Bell pulled a worn copy of Irvine Welsh’s infamous novel from his rucksack and proceeded to take his guests on an absurd, spontaneous, and magical, Speed Levitch-worthy journey where literature, film and reality meshed and sometimes collided (as in the case of the glossary at the back of Welsh’s book – which Bell assured his listeners is pure “shite,” especially when it comes to the definition of the word “tidy”). And my sister – who afterwards pronounced herself truly “spawny” – assured me that neither Welsh nor Boyle could have scripted a better scene. Quoting E.M. Forster she was reminded that, “One person with passion is better than forty people merely interested.”

Besides the Dutch no-nonsense approach to everything from healthcare to vice, what I find most impressive about this Venice of the North is that there’s an actual cinema culture here – which is not the case in my hometown NYC, where there are only a handful of repertory screening rooms to serve a forever-dwindling audience. Just flipping through the venue listings at the back of the local “Off Beat Cinema” (that there’s even a free monthly magazine called “Off Beat Cinema” is darn impressive, too) one can choose from a whopping 16 different places to see underground and indie films many with English subtitles. (This in a city half the size of Brooklyn.) For the hipster crowd there’s De Nieuwe Anita, a cozy bar that also hosts art exhibits, live music, poetry readings – yup, even a knitting night. Best to arrive as soon as the doors open, though, else you won’t be able to squeeze into one of the usually sold out screenings in the retro living room-styled basement.

To read the rest visit Filmmaker magazine.
Posted by Lauren Wissot at 2:13 AM No comments:

Raising the Dead through Robotics 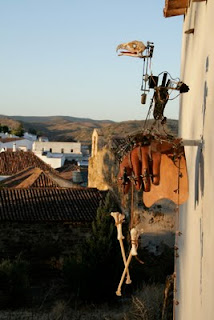 Documentary director and cinematographer Jarred Alterman follows the Dutch kinetic artist Christiaan Zwanikken as he uses servomotors and robotic engineering to reanimate the skeletons of deceased wildlife and bring surreal artforms to life. Read my Foreign Exchange with the director and subject of “Convento” on pages 46-47 of Amsterdam Magazine.
Posted by Lauren Wissot at 11:24 AM No comments: 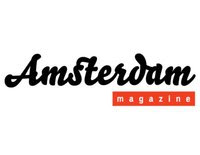 Check out my Celebrity Fantasies column on page 79 of Amsterdam Magazine!
Posted by Lauren Wissot at 11:21 AM No comments: