“Open-air cinema as a means to an end,” is how Caspar Sonnen, the driving force behind IDFA DocLab summed up his vision for the Open Air Film Festival Amsterdam (a.k.a. Pluk de Nacht), the summertime tradition he co-founded back in 2003, when I last chatted with him over coffee at Two For Joy in Frederiksplein. He went on to explain that all the film schools and Netflix DVDs in the world can’t capture the magic of cinema like a single collective movie experience can. “Our organizational structure is that of a block party,” he added. 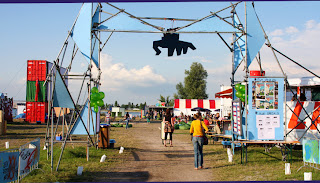 Posted by Lauren Wissot at 8:38 AM No comments:

Two days is not nearly enough time to cover the Woods Hole Film Festival, which started as a “one day, one hour” event over two decades ago, and now for eight days takes over this tiny idyllic town on the Cape, otherwise known for its world famous Oceanographic Institution, and where the moneyed can catch a ferry to Martha’s Vineyard. Luckily, I used my 48 hours wisely, hopping from venue to quaint venue – including the Lillie Auditorium at the Marine Biological Laboratory, the 120-seat Woods Hole Community Hall, and the 70-seat Old Woods Hole Fire Station – and taking in more solid films (especially docs) than clunkers. Not to mention rediscovering one genuine surprise that served to remind me of the timeless power of the moving image. 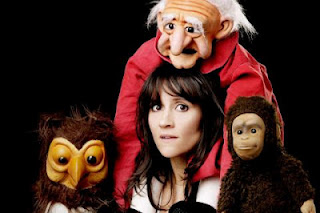 To read the rest of my coverage visit Filmmaker magazine.

Posted by Lauren Wissot at 1:24 PM No comments:

Though Aurora Guerrero made "Filmmaker" magazine’s “25 New Faces of Independent Film” list in 2006, the director behind this year’s Sundance-premiering, award-winning "Mosquita y Mari" – which most recently took both Outstanding First U.S. Dramatic Feature Film, as well as Outstanding Actress in a U.S. Dramatic Feature Film for its lead Fenessa Pineda, at Outfest – was a welcome new face to me when I caught the film earlier this year. A tale of two Chicanas coming of age in working-class L.A., Guerrero’s feature debut is breathtaking in its understatement, less your typical “queer flick” than a continuation of the type of patient, immigrant-informed cinema practiced by filmmakers like Ramin Bahrani and Rashaad Ernesto Green. Fresh off her Outfest win, Guerrero spoke with "Filmmaker" about the long road to the big screen, being boxed in, and what’s changed for her in the past six years. 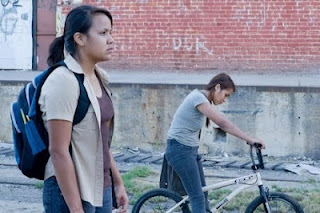 Posted by Lauren Wissot at 8:30 PM No comments:

Falling under the umbrella of the Staller Center for the Arts at Stony Brook University, and still run by its original founder Alan Inkles (whose praises I’ll sing a bit later), the Stony Brook Film Festival is a breath of fresh Long Island air in a sea of desperate-to-please fests. Now in its 17th year, the event runs like a well-oiled machine – with screenings starting promptly on time and technical glitches nonexistent – yet feels more like a 10-day family retreat, complete with marina lodgings in nearby Port Jefferson. It’s also one of the warmest, most accommodating festivals I’ve been to. (Literally. After offhandedly mentioning the freezing temps in the theater due to the cranked up AC, a volunteer suddenly appeared bearing a Stony Brook Film Festival sweatshirt for me.) 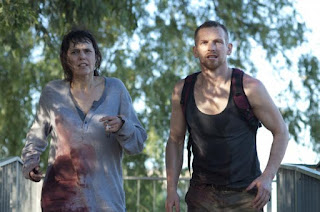 To read the rest of my coverage visit Filmmaker magazine.
Posted by Lauren Wissot at 7:38 AM No comments: