Doc Star of the Month: Traveling Philosopher Dylan Olsen, Nanfu Wang's 'I Am Another You'

For this column at least, January has become what I'll call "mental differentness" (as opposed to "illness" or "disability") month — a chance to celebrate those who refuse to be "fixed" by (and thus incorporated into) society, who instead choose to valiantly live their own truth, in parallel realities far from our own. A year ago Michelle Smith, star of Garrett Zevgetis' Best and Most Beautiful Things, and a proud kinky nerd who happens to be legally blind and has Asperger's syndrome, inaugurated this column. And now Dylan Olsen, vagabond protagonist of Nanfu Wang's poetic and important I Am Another You, takes the Doc Star baton. 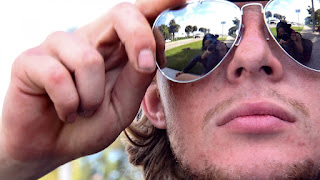 Posted by Lauren Wissot at 12:08 PM No comments:

“The Bisbee Deportation Doesn’t Matter Unless it Relates to our Real Lives Today”: Robert Greene on Bisbee ’17

Sundance vet Robert Greene (Kate Plays Christine, Actress) returns to Park City this year with a film quite unlike his previous features, at least in subject matter if not approach. For Bisbee ’17 Greene turns his trademark technique of fusing fiction and nonfiction elements on the story of a sordid anniversary, the 1917 Bisbee Deportation, in which 1,200 immigrant miners in Bisbee, Arizona were rounded up, shipped out of the copper town on cattle cars and left to die in the desert. Through staged recreations developed and performed by local residents — including an actor whose mom was deported to Mexico when he was a child, and a woman whose ancestors include two brothers, one who deported the other — Greene takes a WWI-era tale pitting corporations against unions, capitalism against socialism, white “natives” against newcomers, and makes it unnervingly relevant to our present day.

Filmmaker caught up with Greene to discuss his cinematic history lesson a few days prior to the film’s premiere. 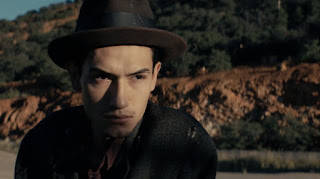 Posted by Lauren Wissot at 10:25 AM No comments:

“You Cannot be Objective When You’re Making a Film about the Peace Process between Israel and Palestine”: Mor Loushy and Daniel Sivan on The Oslo Diaries

Receiving its world premiere at Sundance, The Oslo Diaries is the latest from Israeli filmmakers Mor Loushy and Daniel Sivan, who last came to Park City with 2015’s Censored Voices, an exploration of Israel’s 1967 Six-Day War through long-buried audiotape interviews with its on-the-ground soldiers. A similar reexamination of history, The Oslo Diaries combines unseen-until-now archival footage with the personal diaries of, and present-day interviews with, the handful of participants in the top secret, backchannel — and ultimately doomed — peacemaking process that took place in Norway in the early ’90s.

Filmmaker spoke with the two directors prior to Sundance about their intricately woven doc, which refreshingly serves as a much-needed reminder that nuts-and-bolts diplomacy has never been easy or in fashion. And yet is forever essential for a functioning world. 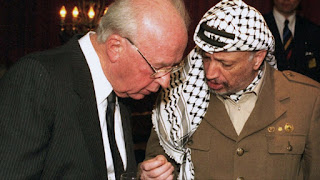 To read my interview visit Filmmaker magazine.
Posted by Lauren Wissot at 10:20 AM No comments:

“Modern-Day Slavery is Happening in our Neighborhood….”: Bernadett Tuza-Ritter on her Sundance Debut Feature, A Woman Captured

Making its U.S. premiere at Sundance in the World Cinema Documentary Competition, A Woman Captured is the remarkable debut feature doc from Hungarian filmmaker Bernadett Tuza-Ritter, who stumbled upon a horrifying story in her native country hidden in plain sight. Marish is a housekeeper in her early 50s, though her hard-knock life has aged her considerably. She has spent over a decade cooking, cleaning and serving, mostly as a human punching bag, both verbally and physically, to a mystery woman of indeterminate wealth who remains off-screen.

That woman, Eta, who we hear but never see, has allowed Tuza-Ritter access to her “servant” for a monthly fee. Marish, we come to learn, is a modern-day slave, toiling long hours without pay — including a factory job on top of housekeeping duties, the salary of which she turns over to Eta as well. As Tuza-Ritter slowly gains Marish’s trust, the line between filmmaker and subject dissolves — and what began as an investigation into a deeply troubling circumstance becomes nothing less than a nonfiction escape thriller.

Filmmaker was fortunate enough to speak with Tuza-Ritter about blurring that line, influencing onscreen events, and how those decisions have affected her protagonist’s fate. 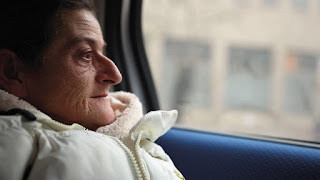 To read my interview visit Filmmaker magazine.
Posted by Lauren Wissot at 12:59 PM No comments:

What should have been a no-brainer for Oscar contention, John Ridley’s Let It Fall: Los Angeles 1982-1992 is a mesmerizing documentary investigation into the dysfunctional history of the City of Angels in the decade before, during, and immediately after the LA riots, which were infamously sparked by the acquittal of four LAPD officers, caught on camera beating a man named Rodney King.

Unsurprisingly, given that Ridley won the Academy Award for Best Adapted Screenplay for 12 Years a Slave, it’s also the most thrillingly literary approach to the documentary form I’ve seen all year.

In early November, I was fortunate enough to chat with Ridley as Let It Fall was still making its post-theatrical festival rounds. 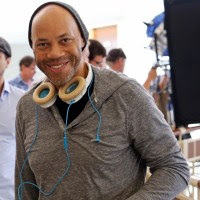 To read my interview visit The Rumpus.

Posted by Lauren Wissot at 2:05 PM No comments: