Rama Rau’s League of Exotique Dancers is an absolutely delightful and lovingly crafted doc structured around a group of legendary striptease artists as they prepare to return to the stage for the Burlesque Hall of Fame Weekend in Las Vegas — a trip which becomes merely an excuse for the filmmaker to delve deeply into the extraordinary lives of some truly groundbreaking women. Among the timelessly sexy inductees is none other than Kitten Natividad, best known as cult director Russ Meyer’s buxom muse. Prior to the film’s Hot Docs premiere, Filmmaker was fortunate enough to catch up with the Beneath the Valley of the Ultra-Vixens star to discuss everything from drinking with Meyer and Roger Ebert, to surviving breast cancer and losing her Mexican accent. 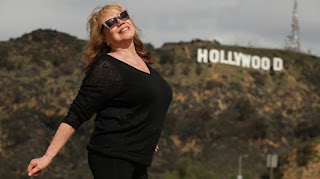 To read my interview visit Filmmaker magazine.
Posted by Lauren Wissot at 8:00 AM No comments:

The Florida Film Festival (April 8-17), now a quarter-century old, technically takes place in Maitland, a mere 15-minute drive from Orlando, where attendees were housed at the DoubleTree overlooking the lovely Lake Ivanhoe downtown. Orlando itself is a city one might associate more with Mickey Mouse than with Terence Malick. However, one would be wrong. The town boasts an abundance of lakes (surrounded by rapidly gentrifying historic neighborhoods), not rides (it’s around a half-hour drive to those theme parks). And this year’s FFF hosted a Badlands retro screening with none other than Sissy Spacek in attendance to chat about both “Terry” and her astonishing career. (Who else worked with mavericks like Malick, De Palma, Andy Warhol, Robert Altman – all before turning 30 and winning an Oscar?) Cinephile culture, it seems, is alive and well in “The City Beautiful,” and its surrounding towns. 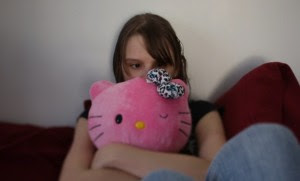 To read the rest of my coverage visit Hammer to Nail.
Posted by Lauren Wissot at 1:22 PM No comments:

LGBTQ in NC: Covering the Full Frame Documentary Film Festival and the RiverRun International Film Festival During the HB2 Boycott

Before North Carolina passed its HB2 legislation, officially known as “An act to provide for single-sex multiple occupancy bathroom and changing facilities in schools and public agencies and to create statewide consistency in regulation of employment and public accommodations” (or, for me, the simpler and more accurate “WTF?”), I’d been looking forward to covering two film festivals back-to-back on my very first visit to the southern state. Yet as the nationwide call for boycott gathered speed, and the opening night of Durham’s Full Frame Documentary Film Festival approached, I found myself in a queasy quandary. So I did what any moral film journalist would do. I began scanning both the Full Frame and Winston-Salem’s RiverRun International Film Festival programs for all the LGBTQ flicks I could find. 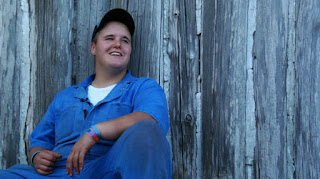 To read all about my queer-film film trip visit Filmmaker magazine.
Posted by Lauren Wissot at 9:48 AM No comments:

Deep Run is Hillevi Loven’s beautifully crafted and nuanced portrait of out-and-proud, teen trans-man Cole who searches for love while holding tight to his religious faith in his titular (evangelical, blue collar, rural North Carolina) hometown. Exec-produced by Susan Sarandon, the doc ironically made its North Carolina debut at this year’s excitingly eclectic RiverRun International Film Festival in Winston-Salem right as the rest of the nation – from governors to corporations to Bruce Springsteen – began boycotting the state in reaction to the anti-LGBTQ HB2.

I was fortunate enough to catch up with the thoughtful director post-fest to discuss everything from following evangelical millennials, to upending us urban Yankees’ preconceived notions about our gender-nonconforming neighbors down south. 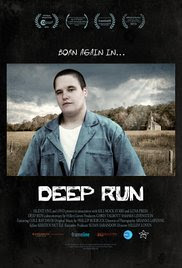 To read my interview visit Hammer to Nail.
Posted by Lauren Wissot at 7:06 PM No comments:

The Full Frame Documentary Film Festival Asks, Why Are “#DocsSoWhite?”

Now nearly two decades old, the Full Frame Documentary Film Festival is perhaps the closest thing America has to a European doc fest in terms of engagement, both from its prestigious attending filmmakers and its rabid audiences. And for the past six years this finely tuned fest has been hosting its laidback A&E IndieFilms Speakeasy conversations. Free and open to the public, the most recent series of panels was held in the 21c Museum Hotel (which, intertwined with a contemporary art gallery, is definitely the most unique hotel this traveling journalist has ever stayed at), and boasted a wide-ranging lineup of both participants and topics. 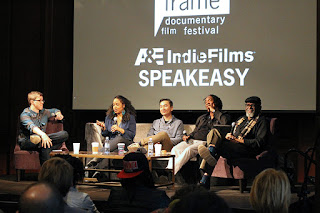 Read the rest of my first article for Documentary Magazine here.
Posted by Lauren Wissot at 6:51 AM No comments:

The Spring 2016 issue of Filmmaker magazine is out! And my chat with Nonny de la Peña about her Trayvon Martin VR project One Dark Night is in it. 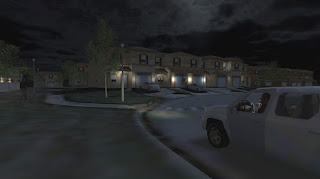 Posted by Lauren Wissot at 6:55 PM No comments:

Ironically launching at the stellar Full Frame Documentary Film Festival in Durham, North Carolina right as the anti-LGBTQ HB2 legislation hit the fan, S. Leo Chiang and Johnny Symons’s Out Run follows the Ladlad Party in the Philippines — the only LGBT political party in the world — in the run-up to what could be a history-making election. An artistic political doc, Out Run is both riveting and familiar, as the leaders (including Bemz Benedito, a trans woman who serves as the face of the party) deftly employ campaign strategies that include everything from transforming beauty parlors into headquarters to forming alliances on the local level — even if it means supporting other candidates in quid pro quo moves. The story becomes even more surreal as the Ladlad party goes up against a rival gay organization put together by none other than anti-LGBT preacher and politician Benny Abante, who anointed his group of supporters with the acronym AIDS. In other words, politics as usual. And not.

Filmmaker spoke with the co-directors shortly after their Full Frame premiere. 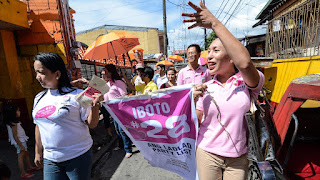 Posted by Lauren Wissot at 3:00 PM No comments:

THE RUMPUS MINI-INTERVIEW PROJECT #52: LAUREN WISSOT IN CONVERSATION WITH STOYA 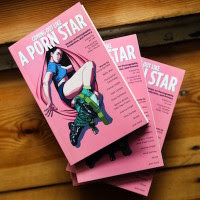 To read my interview visit The Rumpus.
Posted by Lauren Wissot at 1:14 PM No comments:

A Finnish First: My interview with Transgender Wrestler Jessica Love

In January I had the pleasure of attending the truly unique DocPoint Helsinki as this year’s Critic’s Choice critic. (And I mean truly unique. How many documentary film festivals feature a sauna and ice swimming party on an island?) One of my top three Finnish picks was Oskari Pastila’s “Spandex Sapiens,” a wonderfully inventive portrait of Michael “Starbuck” Majalahti, an aging Canadian-Finnish wrestler (and preacher’s son) who runs Fight Club Finland, that nation’s answer to the WWE. Starbuck’s adversary in the ring is none other than the young and vibrant Jessica Love, the first transgender wrestler in the Nordic countries – and, just as exciting for me, the first pro wrestler I’ve ever had the opportunity to interview. I spoke with the very busy Love in between bouts. 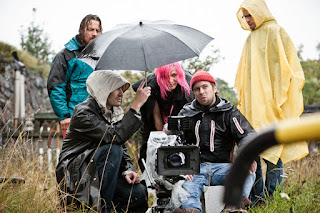 To read the interview visit Global Comment.
Posted by Lauren Wissot at 10:34 AM No comments: